The phrase: ‘The King is dead. Long live the King’, refers to the heir who immediately succeeds to the throne. It arose from the law of ‘le mort saisit le vif’, meaning that the transfer of sovereignty occurs instantaneously upon the moment of the death or the previous monarch.

As of April 2018, the College of Policing (CoP) ended its support for the Policing Professional Framework (PPF) personal-qualities based police promotion. There has been no coronation as such, yet in the world of police promotion processes, there has been a succession. A new monarch, the ‘CVF’, or Competency and Values Framework to announce its full title has arrived. If you aspire to promotion now or in future, CVF the new monarch requires your allegiance!

“Success in any field begins by deciding exactly what you want, then developing a plan” – Anon

Despite the well-documented challenges facing the police service, there are clearly a significant number of highly motivated aspiring leaders: Thousands of officers are awaiting the result of the NPPF Sergeant’s exam as I write this.

If there is such a thing as a level playing field, it’s as close right now as it will ever be. Those who will be assessed against the new framework all have the same opportunity now whilst awaiting their exam results, to get to know the CVF and to raise their awareness and understanding of it.

Some may wonder why on earth would you start reading up on the new framework already, when you don’t know your exam result yet? Now there’s a question!

“While we are making up our minds as to when we shall begin, the opportunity is lost.” – Quintillion

A proportion of those awaiting results will procrastinate, unwittingly running the risk of being left behind by waiting for this announcement as their starting gun.

Others commit fully, decision made, knowing instinctively that the starting gun has already been fired. They make full use of time before exam results are known, to get ahead of the curve and to be in the best position possible when a promotion process opens. Those who do this also recognise their own responsibility to drive and maintain their CPD (notably the number 1 recommendation from the CoP Leadership Review!).

“Development is always self-development. Nothing could be more absurd than for the enterprise to assume responsibility for the development of a person. The responsibility rests with the individual, their abilities, their efforts.” Peter Drucker

Candidates who prepare ahead inevitably find that they are better able to ‘hit the ground running’ when a promotion process is announced. They realise the value of homework on the framework, often drafting values based evidence aligned to the competencies (aka ‘behaviours’). Others realise too late. It dawns upon them that the CVF takes time to digest, to absorb and to think through, let alone work through.

Battle of the Shires…

“Change. We don’t like it, but we can’t stop it from coming. We either adapt to change or we get left behind. It hurts to grow, anybody who tells you it doesn’t is lying, but here’s the truth sometimes the more things change the more they stay the same. Sometimes change is good.” – Meredith Grey

Some forces introduced the CVF before April. Having already supported officers at level 2 and 3 of the CVF in achieving promotion to Sergeant/Inspector, I’ve had some interesting anecdotal conversations along the way. Safe to say there are a wide range of strong views and opinions on the CVF!

There are clearly two distinct tribes of opinion, battling in the warzone of police promotion:

The CVF is new for supervisors, HR departments and assessors. As with any change there will be issues as this new framework beds in with lots of learning and adjustments.

“The process of going from confusion to understanding is a precious, even emotional, experience that can be the foundation of self-confidence” – Brian Greene

John Wooden said, “It’s what you learn after you know it all that counts”, and that’s a great starting point for everyone.

Reading through all available guidance is a helpful first step. Many candidates attempt a promotion process without even a rudimentary understanding of their promotion framework, often overlooking what is a precious source of information. If you aspire to promotion and want to be successful, the most valuable action you can take today is to familiarise yourself with the promotion framework your force uses.

The reason for this is simple: It’s jam packed full of golden nuggets of information to help raise your awareness. It describes what ‘good’ looks like and provides guidance to help align your evidence for promotion applications and interviews.

The framework is now in place. The CVF has been crowned King of UK police promotion frameworks… “Long live the CVF!” Your allegiance will grow stronger after some hard work to start making sense of it for yourself. Then you’ll be able to start aligning and drafting your evidence to the behaviours and shared values.

Unless of course you reside in the MET, which everyone knows is a separate Kingdom, far from the shires, where things are done a differently. Here, when it comes to promotion it is: “Long live the MLF!” In any case I always encourage my clients to look at both frameworks to gain a deeper understanding of the Sergeant’s role from two different perspectives.

“Some people dream of success. Others wake up and work hard at it.” – Winston Churchill

Wherever you are on your promotion journey, Rank Success can help you prepare effectively. Why not download a FREE guide & start today? 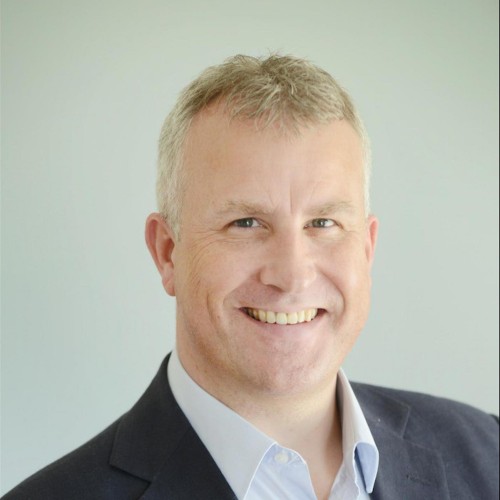